Here is a little slingy celebration of 2016. Thank you to everyone who shared photos this year. But, a special thanks go to those who shared these after I asked for photos yesterday.

For Shelly, 2016 has seen the end of her baby carrying days – just like me:

My last ever slingy cuddle: Bought my first wrap in 2006

10 years, 3 babies And erm…..Lots of slings all now rehomed to new mamass.

I have kept a shortie as a scarf ❤

2016 also saw us collaborate with Which? of which Alex took part – here is Alex’s contribution:

1st time mama learning to carry! My little monkey wasn’t too keen to start with but with the support of Rachel and this fab group we persevered. We were fortunate enough to take part in the Which? trial and review and since then we’ve loved the stretchy and settled on buckles. Best moment has to be my first carry with a happy content baby who slept for over an hour in his carrier (previously he would scream & headbutt me lol) 2017 will hopefully see me grow with confidence and settle on one carrier.

Thank you Claire for your honesty about parenting:

I love that I can share my positive experience of babywearing even though i do so rarely now and that i can absolutely recommend NESL to any mum to be! Being a mum is simply awesome (and bl##dy hardwork obvs!) Happy New Year.

Maria, a mum of twin 10 year old boys and baby Sofia:
Baby wearing for us has meant little one can fit in with the hectic schedule my two very active 10 year old twins lead. From rugby to football, swimming, tennis or cricket we are always on the go and spectating so Sofia being in a sling has made our lives so much easier. Holidays (the lakes and Greece this year, including a visit to the Acropolis in Athens) were made so much simpler. Looking forward to trying some wrapping in the near future! Here are my favourite pics of 2016

I carried my first in an ergo but since my second was born nearly 11 weeks ago we have both fallen in love with baby wearing! I have loved trying out different wraps to see what we like and feel like I have the most incredible bond with him now. Excited for the new year to learn different carries for a woven, particularly back carries and try some more wraps.

Mandi is also a mum of twins. I had the pleasure of a consultation with her in November. One of two in two days. 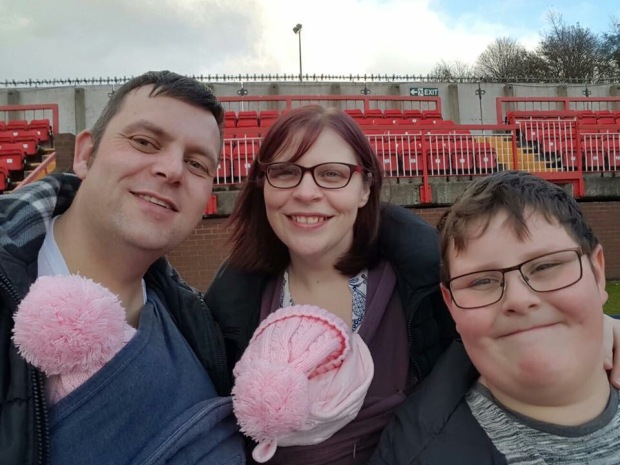 We discovered baby carrying our girls love it almost as much as we do! And our poor little reflux baby (in my sling on the right) can get some relief and closeness when she’s having a bad time with it and I can still see to her sister as I’m hands free! Loooooving carrying!

Joanne’s twins are older but she has still been tandem carrying when the need arose. This is how she described her 2016 slinging Year:

I learnt to wrap. I also learnt that I’m pretty poor at it and wriggly toddlers aren’t the best to learn on! But at least I’ve tried and I can now say that I truly am a buckles girl and know what I’m talking about!

My most memorable slingy moment was at Glendale Show in August when both boys were tired and ratty and refusing to take another step whilst crying and whinging. My Dad offered to carry one in the Connecta but he was having none of it – only Mummy would do. So, at 2 1/2 and weighing an absolute tonne, I proved I can still tandem carry them. Just not so much now.

Finally, I suppose it’s my contribution. 2016 has been a funny year. I went back to work and had to change how Library operates because of this. It also saw our amazing exclusive collection with Connecta Baby Carrier and I helped Which? with their parent trials. It also saw probably my last slingy cuddle with Isaac. 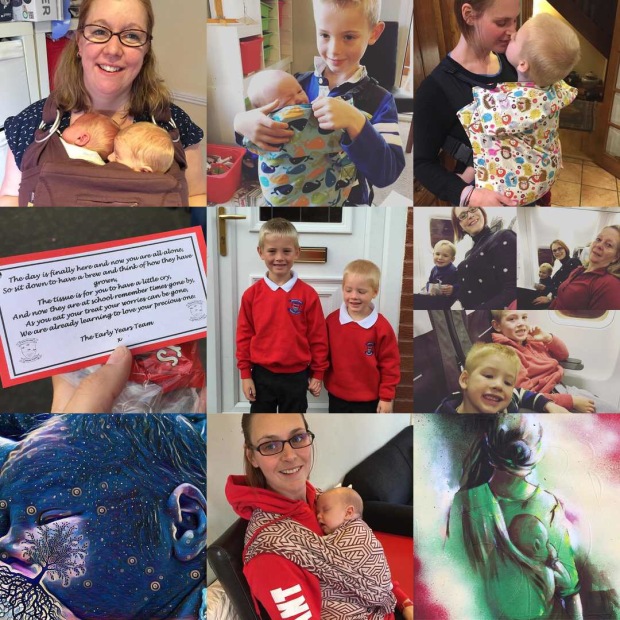