Isaac has Chicken Pox! It has been 3 years since the pox last hit our house. Henry had it in the summer so we basically lived in the garden for a week. Unfortunately, it is a tad too chilly in February to be spending our days in the garden. The pox has been at nursery for a few weeks but up to now Isaac had avoided it but not anymore! I got the phone all from nursery yesterday afternoon to say could I collect him. This morning it is very clear that it is Chicken Pox.

Henry took chicken pox in his stride. He was happy as long as he wore a long sleeved cricket top and a fleece jumper. 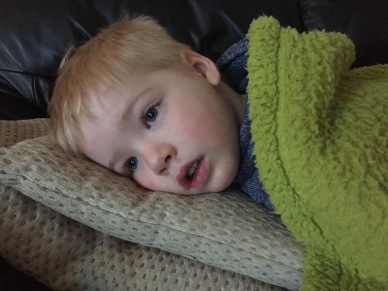 Isaac on the other hand is Isaac. Nothing is ever plain sailing. A 15 minute battle to put camomile lotion on is testament to that. I have a feeling it is going to be a very long day, especially as Henry and Daddy are off to watch the new Star Wars movie after school. Typically the pox has arrived when Martin and I had plans for the weekend – tickets for the Calcutta Cup (Scotland v England) in the Six Nations Rugby.

So here is my survival kit and how I intend to cope over the next few days: plenty of tea, antihistamine, infant paracetamol, calamine cream, slings (my Opitai and preschool Connecta Baby Carrier Solar), suck pads for the straps of the carriers, my Boba Hoodie and copious amounts of chocolate, oh and the TV/iPad.

size wrap conversion and the Connecta is made from the lightweight Solar fabric. Both are soft and non-irritating on his already “scratchy mummy” skin. The Boba Hoodie allows us to walk the dog and get some fresh air (yes I am as tired as I look) while both staying warm. He is refusing to get dressed in anything other than the fleece pyjamas he got for Christmas. The chocolate and tea are for me (although he has already spied the chocolate). The iPad and TV are keeping him entertained and helping him to forgot that he wants to scratch. The car will probably be coming into use too so that I can get him to sleep (he is pretending in the photo of Boba Hoodie). 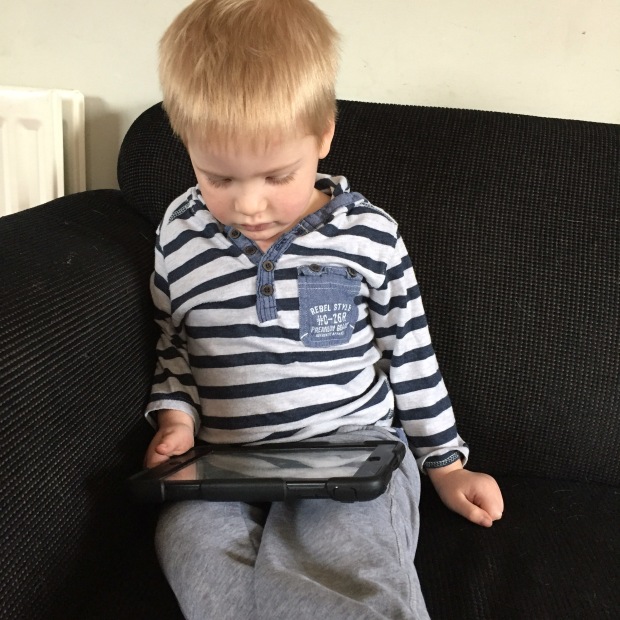 What is your top tip for coping with Chicken Pox? I’d love him to have an oat bath but so far the idea of him going in bath or shower is apparently abhorrent.

One thought on “The Tired Mummy Chicken Pox Survival Kit”